Last night, I got the pleasure to film another dotMatrix show, the fourth one I’ve done so far. It’s amazing the talent DMP creator Sean Coon has found in such a small area. With all kinds of musical acts ranging from rock (Sorry about Dresden), rockabilly (The Tremors), alternative (Citified), hip hop (Mr. Rozzi), spoken word (Universal Mathematics), bluegrass (Old Stone Revue), folk (Bruce Piephoff), local legends (Jim Avett), and just plain weird, but awesome, (Janik) you never know what kind of great music you’re bound to hear at a dotMatrix concert. It kind of reminds me of the music scene I left in Detroit, renowned for its music with featured acts that would become national ones like Eminem, the White Stripes, Obie Trice, Kid Rock, Taproot, etc., etc., and is twice the size of the Greensboro area. I wouldn’t be surprised to see several dmp acts go national.

Not only is Sean able to get great musicians to play for free, he’s able to get great sound engineers, photographers and filmmakers to document the event. Every show Sean has produced comes with a live album, tons of press photos and a video for the musicians to use however they’d like. It’s a win-win situation for everyone involved, especially the fans that don’t even have to pay to see them. Did I forget to mention it’s free? So if you haven’t taken the opportunity to get involved by either performing, capturing or just being there, make sure you do. Otherwise, you’ll be missing the scene going on right beneath your feet.

Here are some photos from last nights “Get the Folk Out!” show:

Yes, I’m Robert Rodriquez. Well, not really, but we do share one similarity, and it’s not me making a $7,000 film that leads to a career making movies that routinely generate $200,000,000. The similarity is that we’ve both donated our bodies to science to raise money for our first features.

Recently, I’ve discovered a subculture in which people become “lab rats” to make money. Now, I’d read about it in Rodriquez’s own biography Rebel Without a Crew, but I never seriously thought about it. I thought it was some fringe medical lab, barely legal, setting up shops in ghettos taking advantage of poor people. Boy, was I wrong. These clinics are completely legit with state of the art facilities. More importantly, they pay very well.  Of course, what is well is relative, but this pays better than any job I’ve ever worked and I’ve had many many jobs. Besides, not having a boss or doing the 9-5 thing is rewarding in of itself. I’m currently in a month-long study that is going to pay me $4,600 when I’m finished. That’s a grand a week and I’ve never made a grand a week.

There are some caveats to getting that money and every study is different. The one I’m in, I have to take three pills every morning at the same time and I’m not allowed to smoke, drink alcohol, have caffeine or any kind of medication including aspirin. My study also includes two weeks of overnight stays in which my meals are given to us at specific times and we regularly have to give blood and urine samples. One day I had to give twelve urine samples and had blood drawn twelve times. But they do try to make the stays as pleasant as possible. They have three high-definitions TVs, DVD player, X box, wi-fi, a ping-pong table and a pool table. In addition to all the fun activities they offer, I’ve met some really cool people. A couple of which I’m sure I’ll be good friends with for long after the study is over.

Now, since I’m enjoying it so much, I decided to do some investigating and see where more clinics are and how do I get into them. I found a really cool site featuring a list of clinics offering studies along with a blog about them. Just another lab rat is the website which lists studies going on around the country (including Hawaii!) and Thoughts of a lab rat is the blog founded by the same creator. I’m really looking forward to getting into about seven or eight of them within the next year and a half and being able to save about $25,000-$35,000 to make a feature. That’s over three times the amount Rodriquez needed to make El Mariachi and that turned out pretty well for him.

I know some people may think I’m crazy (including my girlfriend) about not worrying about the long-term effects these drugs may have on my body. Well, I drink a lot of beer, eat a lot of red meat, don’t exercise and I’m overweight; the pills are the least of my worries. The medicine we’re given has passed the animal testing stage and if it’s good enough for animals, then it’s good enough for me. So if you’re looking to make some extra money, check out Just another lab rat and see if there’s something in there for you. Who knows, maybe I’ll see you at a clinic ; ).

I just spent the last three hours video taping my friend’s amazing backyard. I probably won’t get the video done until next weekend as I have one more week-long visit to the clinic. (More about the clinic coming in the next blog.) I have about a half-dozen friends with amazing gardens and I’d like to capture them all. I love watching HGTV and getting all kinds of inspirational ideas about gardening and homes. I’d like to add a macro lens sometime in the near future so I can get really close to animal and plant life. If anyone has any suggestions of a quality macro lens, please let me know.

I’m off to do some editing, but here’s some samples from the garden. 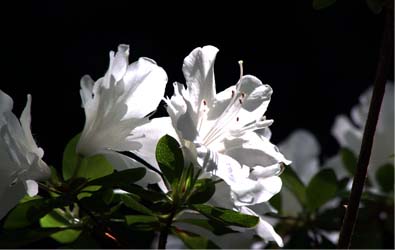 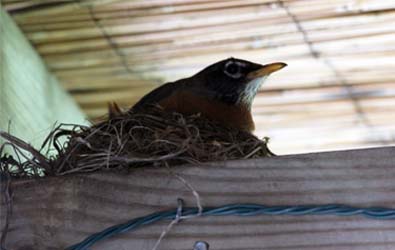 I’ve just spent most of the past two days working on a new website and I don’t feel like I’m any further along then I was. Currently, you can check out my website here, but I’m trying to build a new one with either WordPress or html5. I wish I knew website design was going to be so big while I was going to school. I really enjoy it, but sometimes I’m afraid I’ll never have a great looking site like this.

So I’m done for the day. Getting ready for a party. Au revoir.

Hello. I plan on talking about everything and anything that I want to. Mostly about films, filmmaking, music, and photography.

I’m still trying to work out the kinks in WordPress. I’ve been told by many people it’s great and most of the sites I enjoy are WordPress sites.

On a side note, I just saw Kick-Ass today and it’s a must see. Not for the squeamish though.